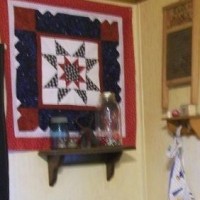 I visited my Dad today following a 2 month hiatus.

It’s always odd to see him as for 90% of the time he is zoned out and only occasionally gives me a glimmer of the person I once knew.

Today I had the good fortune to take him out of the aged care residence around the local park in his stroller so he could have some fresh air. He got to see the kids playing, dogs running and few adults playing tennis on the courts. I wheeled him round like a parent would their child in a pram.

Considering his condition he can’t really talk anymore as the Alzheimer’s, Dementia progressively gets worse. So I try and talk but that’s odd as I’m not a big fan of my own voice so I revert to playing the Melbourne cup so he can hear or classical music.

I suppose it’s really just to be there and as I sat on the ground and played music, we looked out together at the people in the public enjoying themselves. Wishing we were both out there. Love you Dad ❤️